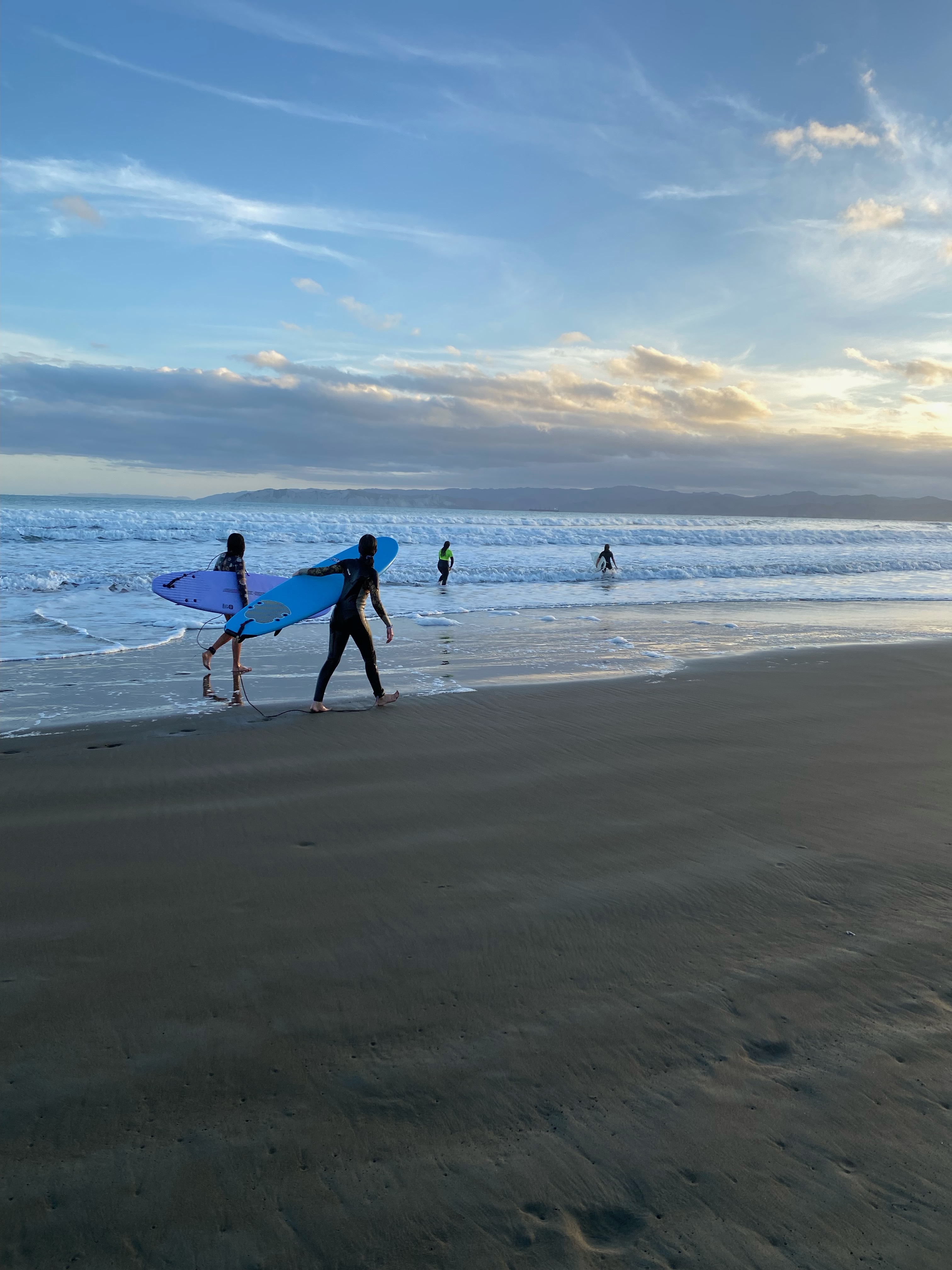 Photo: CALL OF THE WILD: Young women taken their boards to the water.

Gisborne wahine are feeling the pull of the surf, and it's getting stronger all the time.

They are taking to the water in droves, and a big part of that is because of the encouragement of the Gisborne Boardriders Club.

“We've seen, and research shows, that women feel more comfortable participating in sport when it's provided in a supportive environment, where it's safe for them to try new things, make mistakes and just have a go,” said Megan Costello, women's representative for the Gisborne Boardriders Club.

The club has made big efforts this summer to get women on their boards and into the waves, with huge success.

This year they scheduled nine women's events for different groups, and have held seven of them so far.

“The final two are planned for April 10, and the final women's social surf is weather-dependent,” Megan said.

The Boardriders welcomed women onto the water this summer with a crowd of events, which included two “expression sessions”.

“These were social surf sessions where women are filmed surfing to help them improve their technique,” Megan said.

“We also had four women's social surf sessions, which were really popular with women just learning to surf and wanting extra help, and women completely new to the sport.

“They were also open to women who have surfed for a while but enjoy a relaxed social atmosphere, and we had coaches on hand for them to pick up new skills.”

“One was targeted to teens and we had seven girls participate,” Megan said.

“One was for girls aged six to 12, and that one was booked out on the same day it was advertised, which was great to see.

“And the last one was for all ages and we had three mother-and-daughter pairs participating.

“Two of the three sessions were over-subscribed and we had to draw up waiting lists, but luckily in the end everyone who wanted to attend could.”

The Boardriders were enthusiastic about sharing their skills with everyone, but especially providing more opportunities for women and girls to get into the waves and enjoy the sport, Megan said.

“It's so good for our mental as well as our physical health, and it's such a blast to see so many women and girls jumping in and having a go.”

The Gisborne Boardriders thanked their sponsors who made all their programmes possible: the Eastern and Central Community Trust, the Sunrise Foundation, and Gisborne Financial Services (GFS).

“Without their support none of this would have been possible,” Megan said.

“We're hoping to provide a dedicated teens multi-week session next year, and we also hope to partner with a new sponsor.”

The Gisborne Boardriders are countering young girls dropping out of sport, making it friendly and fun, and instilling the confidence in young women to stay active for life.