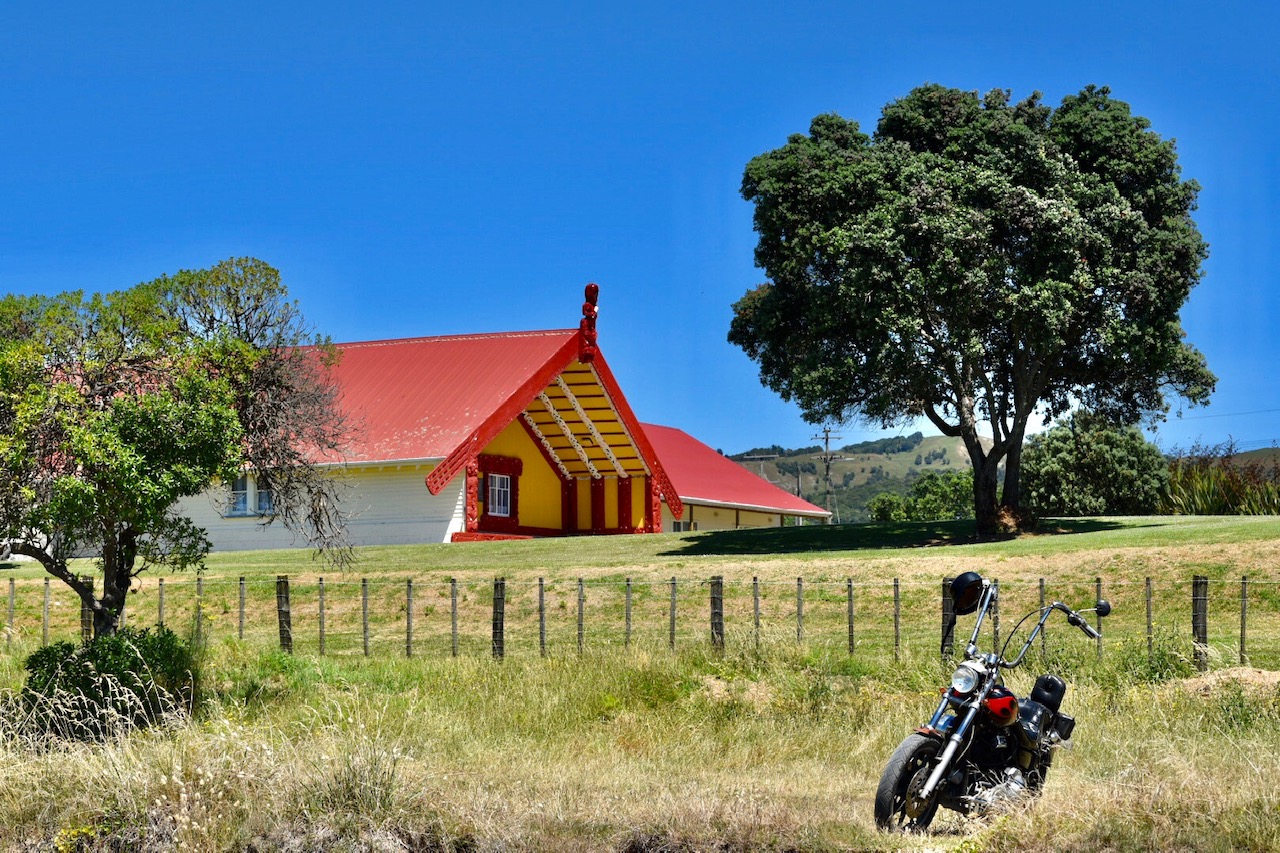 A surfing event at Waipiro Bay to normalise and raise awareness about mental health was a massive success, organisers say. 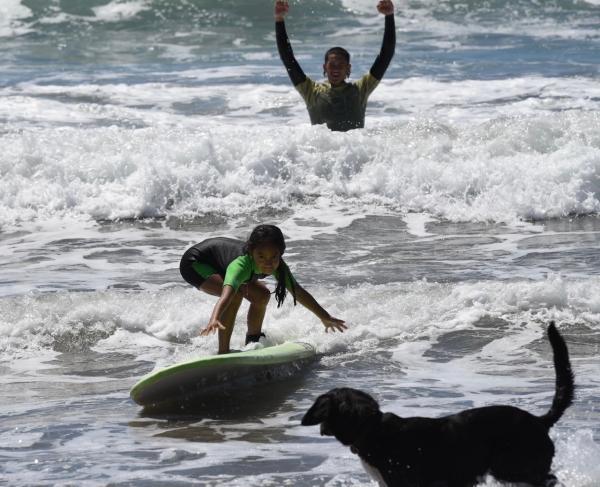 In just its second year, almost 50 people turned up to support the cause and give surfing a go over the weekend, Fox said.

Local people he spoke to said it was the busiest they’d seen the beach . . . people struggled to find parking. 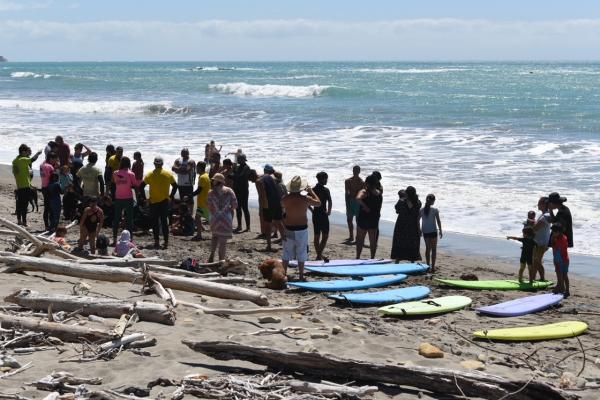 Fox lost his brother in a motorcycle accident in 2007, and he wanted to do something to remember people from the East Coast surfing community who had died early.

He said people on the Coast disproportionately struggled with mental illness and addiction. He hoped the event would help create an avenue to encourage people to speak out about how they were feeling.

In such a small community it could be difficult to reach out because of the fear that word might spread, he said. 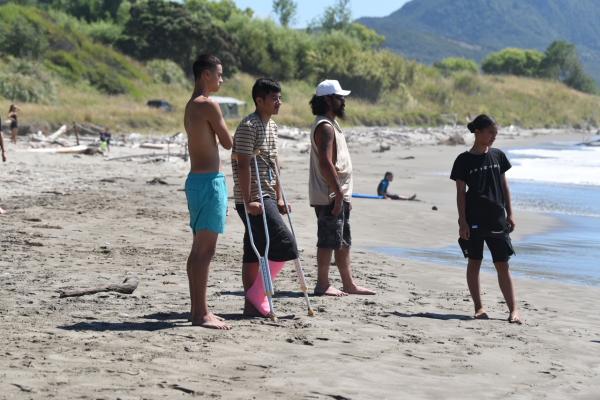 “What I want to do is raise awareness about mental health . . . to help the locals feel vulnerable and ask for help.

“We’re trying to use surfing as the avenue. There’s something therapeutic about it; it clears your mind, body and soul.”

This year the event remembered Scott Tamepo and Hamuera Harrison, and their whanau commissioned trophies in their memory. 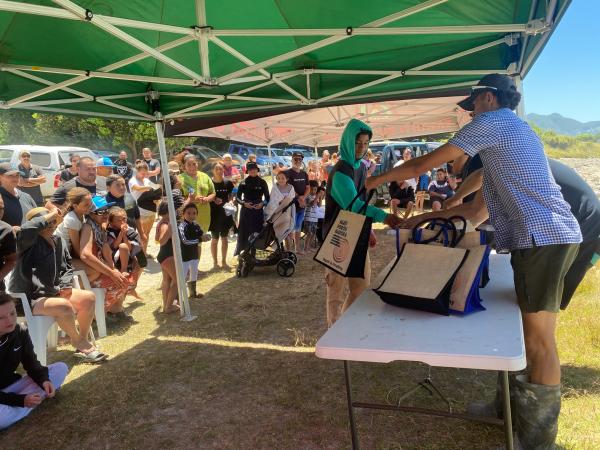 Fox said it was great to see the kaupapa of last year’s event grow in strength with the addition of the Tamepo and Harrison whanau.

“The whanau really embraced it . . . it just added another dimension.”

Gisborne Boardriders president Dan Croskery said he was surprised at how big the event had grown in two years. 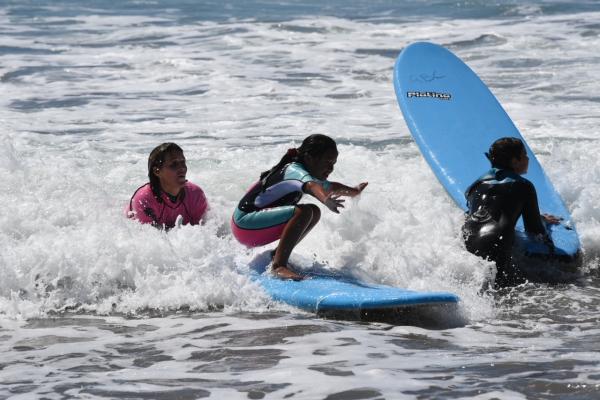 Club members were already looking at how they could continue to grow their ties with the East Coast and continue to promote the sport.

“We’re focused on making sure we can continue these pathways and make them accessible.” 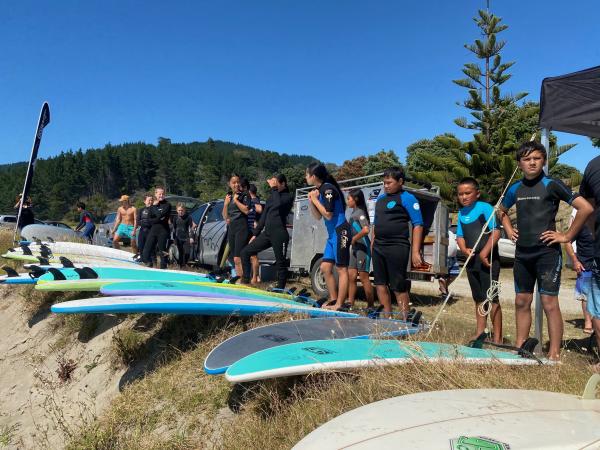 The club members from “town” spent the night at Iritekura Marae, which Croskery said was a special evening.

“When we sit and reflect in the evening in the marae, that’s why we do it . . . for us, that’s where the passion is.” 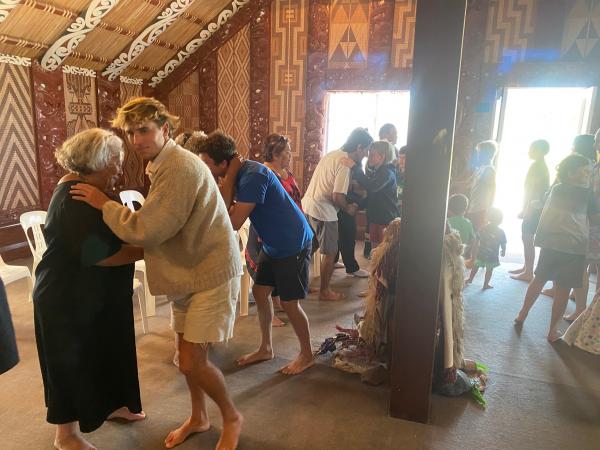 Fox said that by staying the night at the marae, club members showed their commitment to the Coast. In turn, people on the Coast had seen and respected the time and effort Gisborne Boardriders had devoted to the promotion of surfing.

“They’re part of the community now.” 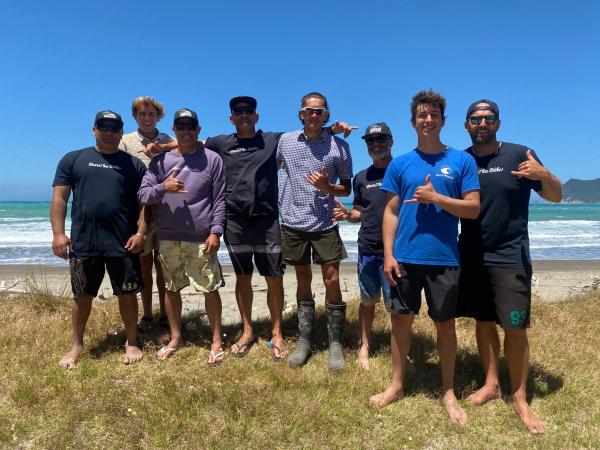