Sharing The Love Of Longboarding 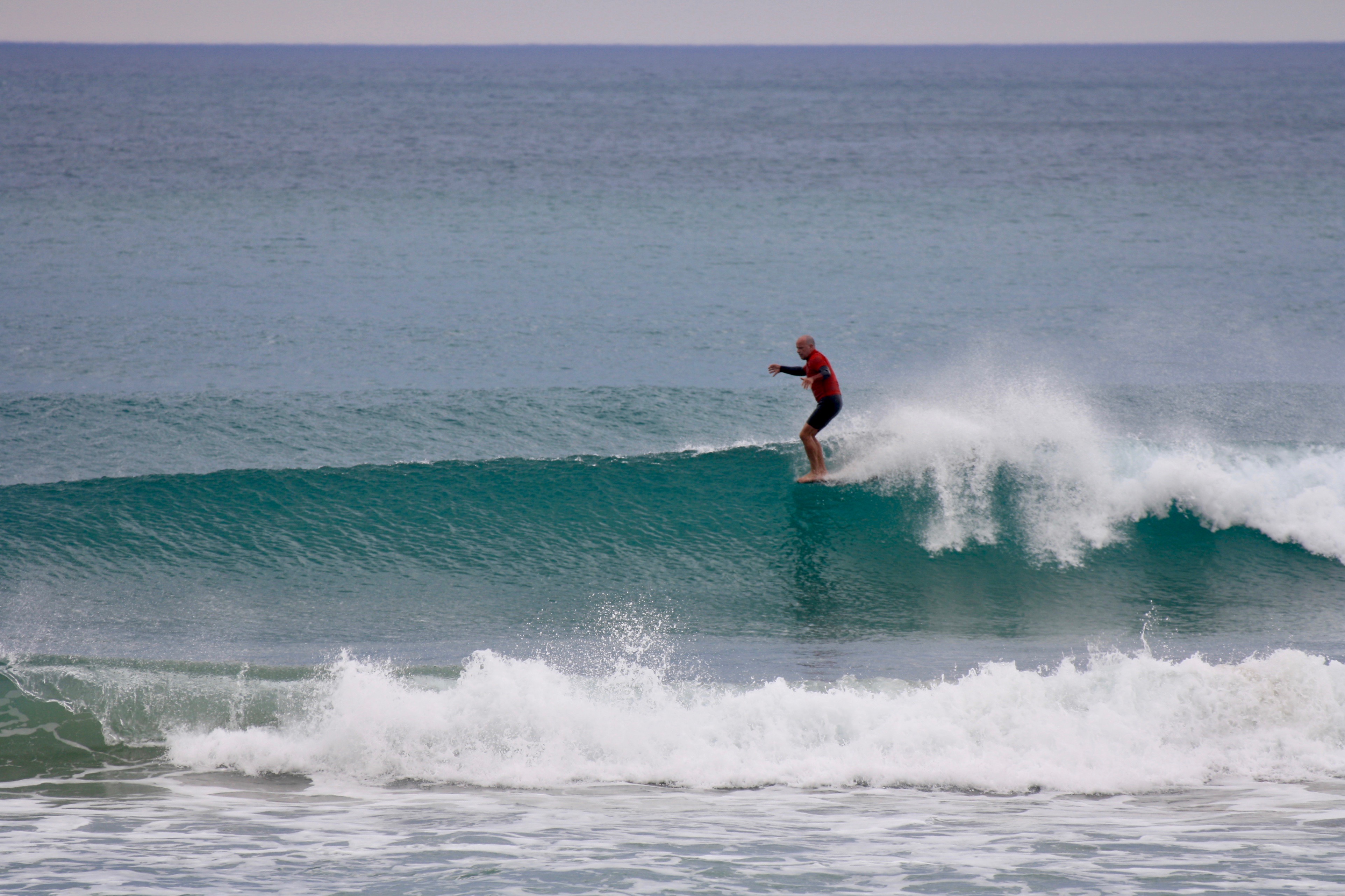 The longboard surfing competition held on Saturday to support the Tauawhi Mens Centre raised $400 and the surfers enjoyed a day of clean 2-3 foot waves at the “Red Bus” surf break at Makorori.
Gisborne Boardriders and Moananui Longriders combined their efforts to run the contest, which attracted 25 riders in each of the two main divisions - the traditional log and modern long board.
Flo Bub from the boardriders club said the day was a big success and everyone had a good time.
“We were certainly happy with the amount of money raised to support the Tauawhi Trust.”
The “log” board section was won by Daryn McBride with 250 points, followed by Kelly Ryan on 215pnts and Blair Lambert third on 183.
The open modern event was won by Daniel Proctor on 250 points, then Sam Johnson on 215, and Dan Croskery third on 183.
The day also saw a fun bikini and speedo contest going down between round one and two to raise awareness for No Violence.