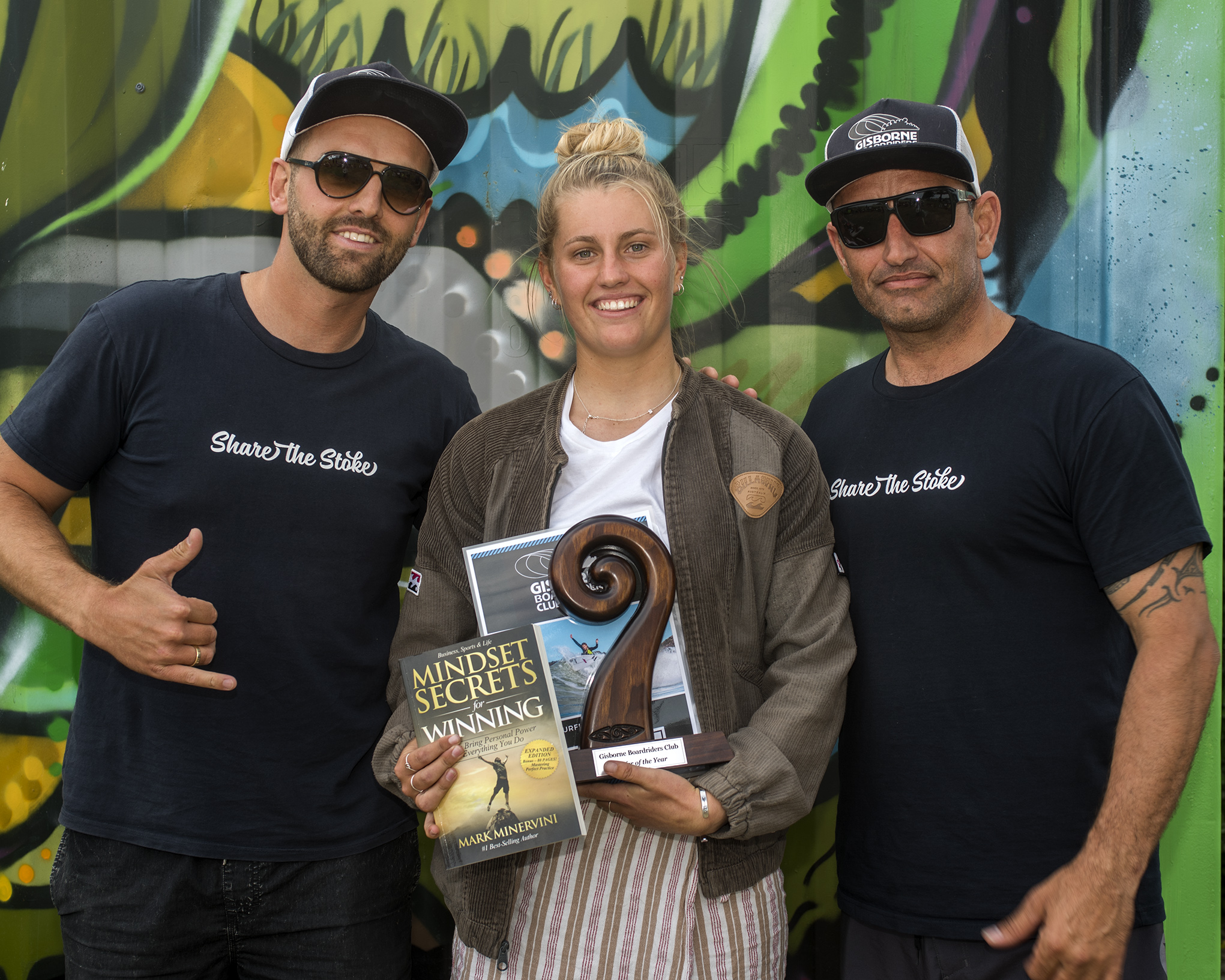 The annual gathering of Gisborne Boardriders Club (GBC) members is an opportunity to award the year's notable surfers, announce entries of the Hall of Fame, and life memberships.

Inducted into the club’s Hall of Fame were Ben Hutchings and Chris Ransley, while Gail Patty and Paul Dobson were made life members.

"Feedback we have from the families is they are honoured and stoked to know the names of their loved ones are still remembered and recorded in club history."

GBC surfing development manager Florian Bub says the prize-giving, held in December every year, is an opportunity to bring together members, supporters, sponsors, coaches and parents.

It is also an opportunity to reflect on the past year, he says.

One of several highlights of the year for Bub was a learn-to-surf session at Waipiro Bay for local youngsters.

"They stayed in the water for four hours. They didn’t want to get out.

"Another highlight was just seeing everyone come back to the club and get back together. It’s a beautiful thing, to see the whole surfing community come together."

@gisborneboardridersclub.gbc
Facebook News
<< Previous
Sharing The Love Of Longboarding
Next >>
Catching a break