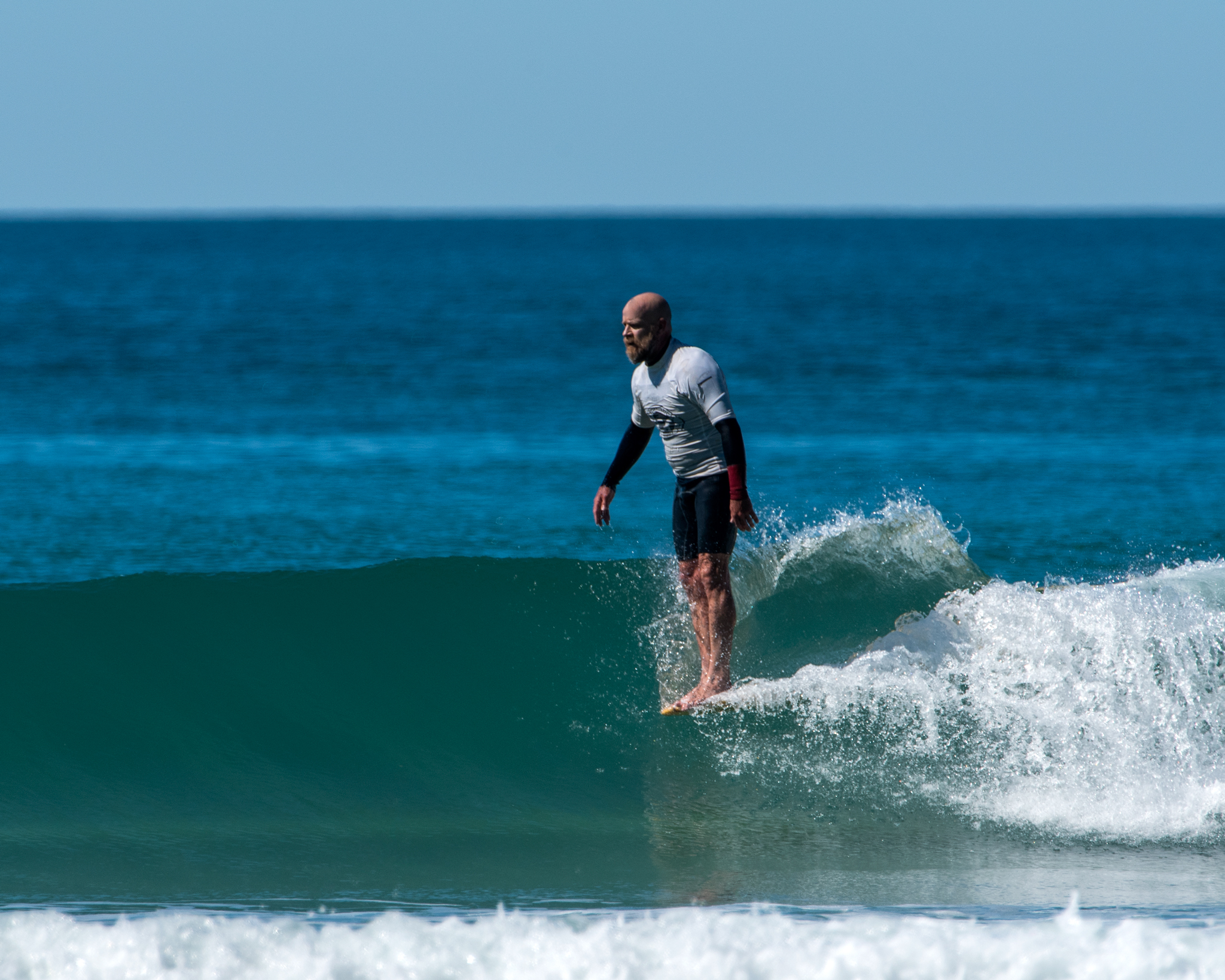 CONDITIONS were perfect for the final leg of Gisborne Boardriders’ longboard circuit on Sunday.

Surfers made the most of the sun as they took to the water in two-foot surf at Creeks, Makorori.

Gisborne Boardriders president Dan Croskery said it was an excellent day, with great conditions throughout.

“We were surprised by the swell, a nice little peak at Creeks . . . we had pretty good conditions throughout the day; the onshore held off as much as it could.

“It was a nice way to wrap up a hard year with a lot of disruptions to the calendar, with Covid.”

He said it was great to see up-and-coming surfers competing with some of the best longboarders in the country.

“We’ve got a high calibre of longboarders in town, and it’s good for the young ones to see what the top surfers in the country can do and a lot of them are still at the top of their game.”

The leaderboards going into the event set the stage for some exciting surfing. Croskery came into the day on 500 points in the modern division, with Geordie Sawyer only seven points behind and Sam Johnson 35 points behind Croskery. 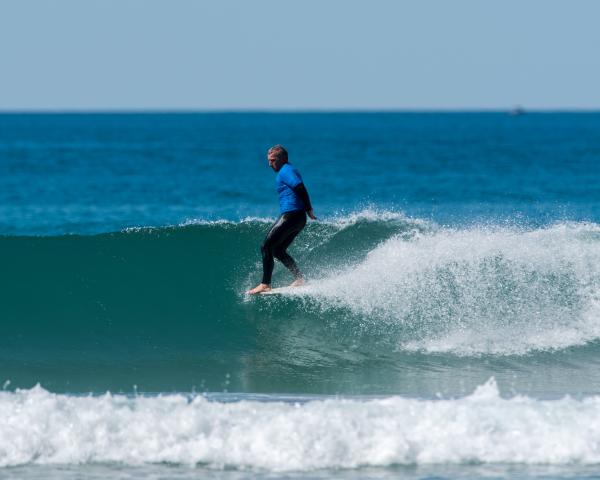 With the top competitors grouped so closely, they will have a nervous wait for the final points to be tallied and revealed at the end-of-year prizegiving.

Sawyer was also second in the log division coming into the weekend. He won the junior championship for his form in both divisions.

Second-placed Hannah Kohn secured her second victory in the series in the women’s division and will hope she has secured enough points to finish ahead of Sunday’s second-placed Jay Ryan-Emerre, who was the points leader going into the contest.

The order in which the divisions competed was settled by a draw from a hat. As a result, the women surfed first in the morning and had the best conditions.

Female surfer of the day Alex Laurie made the most of the conditions, showcasing her skill on the board.

Laurie only recently moved to Gisborne. She was previously a member of the Orewa Longboard Club based just north of Auckland.

Other divisions are more clear-cut. In the log division, Daryn McBride continued his reign on Sunday, finishing the circuit undefeated.

Gisborne Boardriders now look forward to their prizegiving in December, where the official results of the longboarding circuit and overall champions will be announced.

The prizegiving, on December 14 at Wainui Surf Life Saving Club, will recognise all types of surfing in Gisborne, and will also announce the overall shortboard champions. 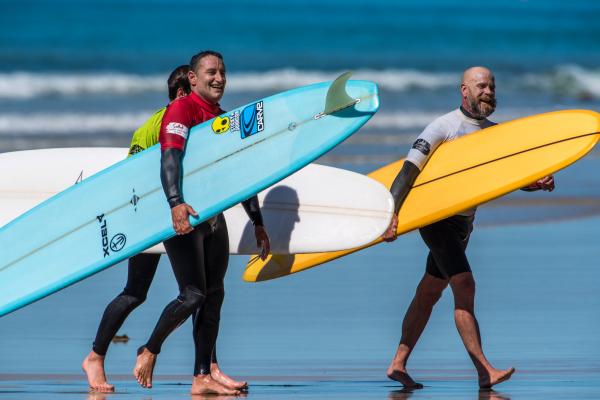