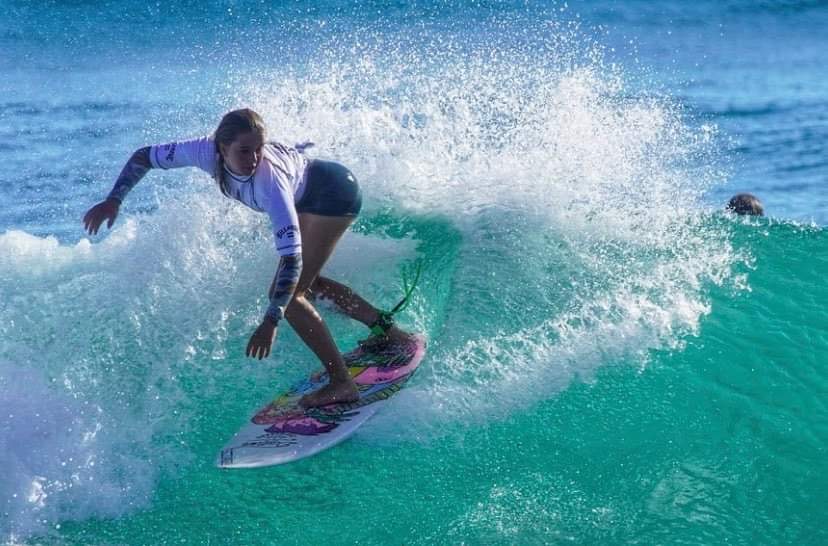 Asia Braithwaite paved the way for Gisborne Boardriders Club surfers at the Billabong Grom Series' first leg at Mt Maunganui over the weekend.

She won her under-16 division against stiff competition in one-to-two-foot surf with a sea breeze.

Braithwaite was behind on the scores until she caught a wave in the closing stages of the final. Needing four points from her last wave to secure top spot, she scored 5.5, which put her 2.7 points clear of second-placed Anna Brock.

Braithwaite said that with the strong wind, she couldn't hear the scores and thought Brock was still ahead after a quick start that had given her the early lead.

“I was definitely nervous,” Braithwaite said.

“I didn't know what I needed. I was just trying to surf the waves to the best of my ability.”

It was Braithwaite's second win at a national-level competition, and she said it was a good confidence-booster going into the next stages of the series at Whangamata and Piha.

“I hadn't had a win in a year and had started to doubt myself,” she said.

“I'm very happy with how I surfed.” 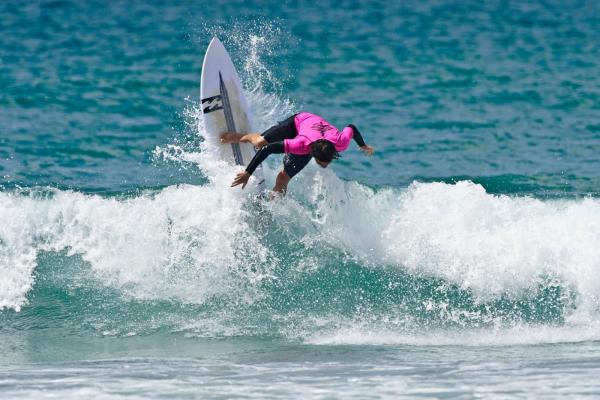 Under-18 surfer Finn Vette was unable to recreate his victory at the national championships, settling for a third-place finish to start his grom series campaign.

He said that with unfavourable conditions, surfers could manage only one or two turns on a wave before it closed out, and with the calibre of talent in the final, it was a lottery who got the waves to win.

“It's obviously not the ideal result . . . and kind of disappointing there weren't better waves to showcase our best surfing.”

Vette had chances to win, but fell off when he hit the rebound of a wave after completing a good turn with an open face to fit in another manoeuvre.

“It was a coach-killer for sure, as they say.” 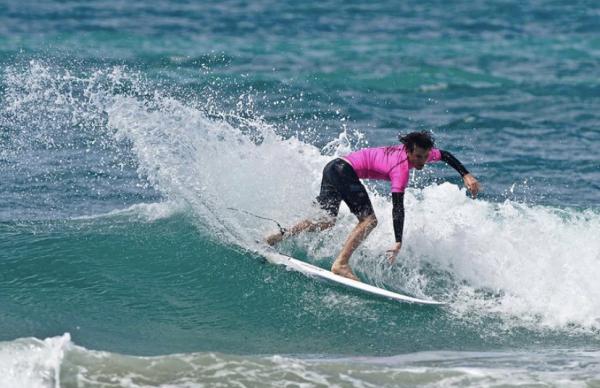 Gabriel Lobb also competed for Gisborne Boardriders — in the u14 division — but was eliminated in the quarterfinals after he was unable to find any good scoring waves. 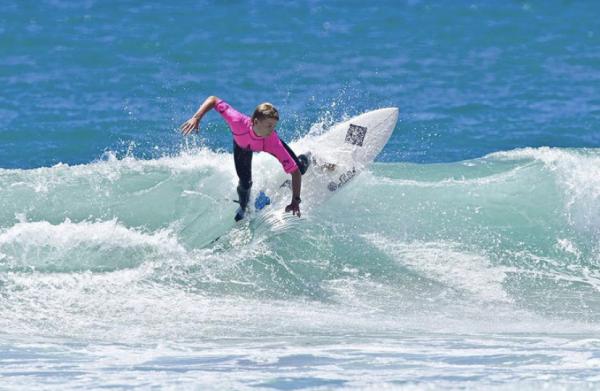 Club surfing development officer Flo Bub said the series was the premier grom competition in the country and Braithwaite's victory was “great” for women's surfing in Gisborne.

“She's made a few finals, and it's outstanding for her to win one,” he said. 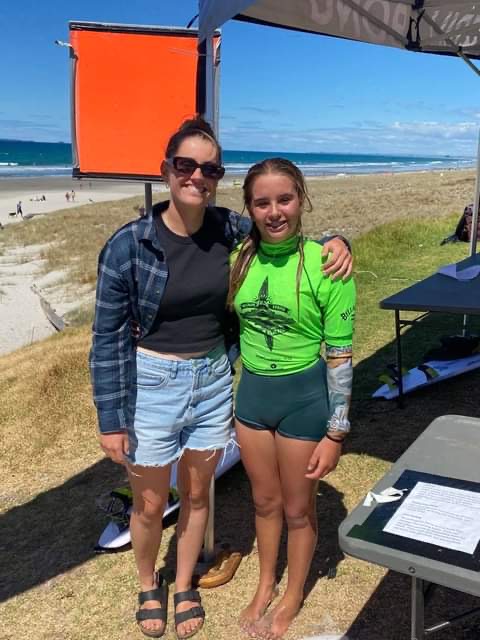 “Along with Saffi (Vette), she's providing inspiration to that next generation of women.”

Bub said the club had sent away a small team to the first event because entries sold out quickly, which meant some of their surfers missed out on the opportunity to compete.

He said the club would be sending more surfers to the remaining events in the series.