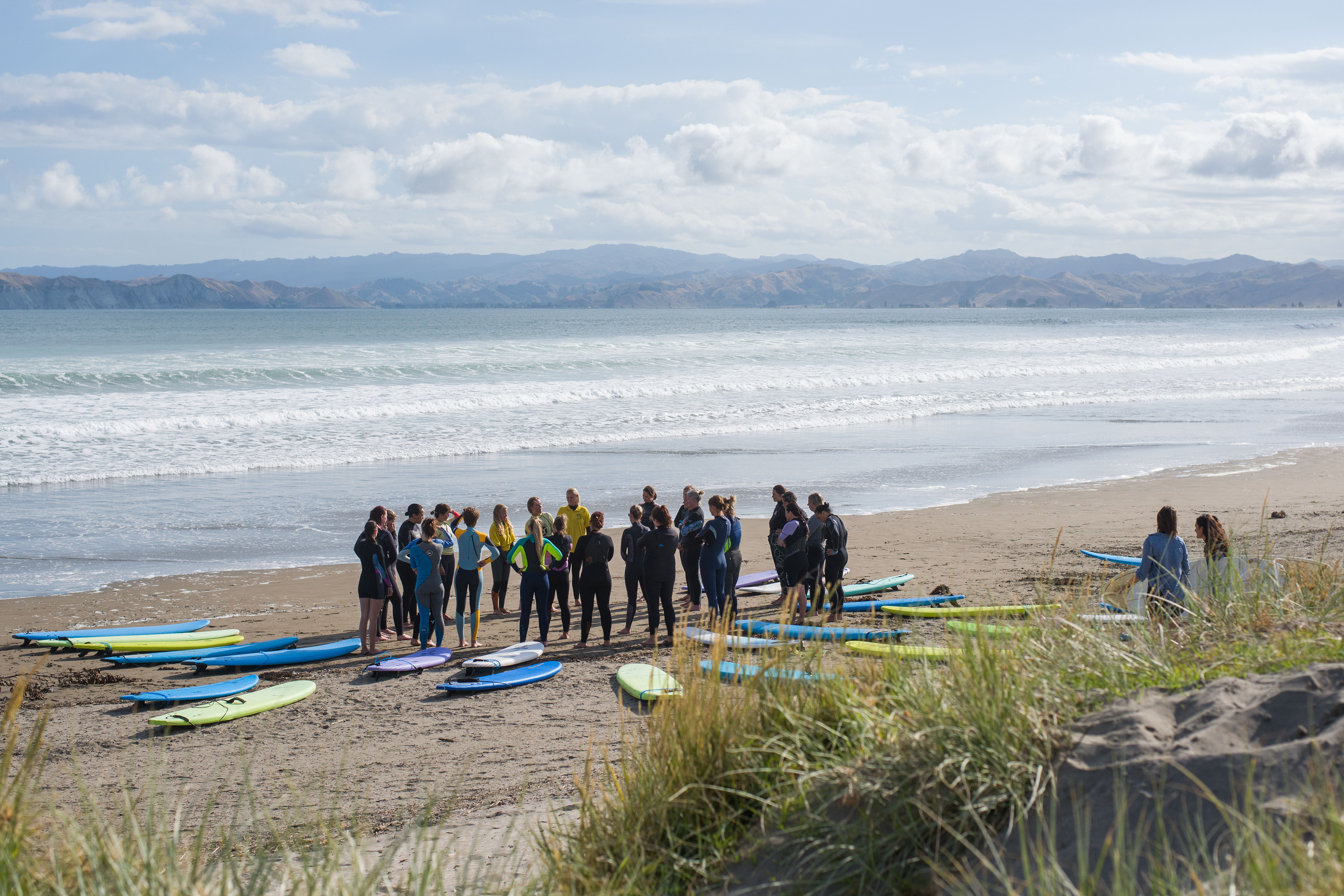 Photo: A group of women form a circle as they get some coaching before hitting the waves at Midway Beach in a summer surfing series organised by Gisborne Boardriders Club. Pictures Derek Fryer

Tomorrow is the last chance for local women to get expert surf coaching through Gisborne Boardriders Club.

After a large uptake at the club's Surfing for Mums series last summer — 60-plus mothers at each session — Gisborne Boardriders opened it up this summer to all women.

More than 100 women have taken part in the three sessions so far.

Many of them had never surfed but were keen to give it a go.

Emily Walpole, of Gisborne Boardriders Club, says after the success of Surfing for Mums, they decided to extend the offering to all women to encourage them to give surfing a go, rekindle their passion for the ocean or simply head down and “share the stoke”.

“We have more than 14 local female surfers who have come down each month to support these sessions,” she said.

“They help coach the women in the water and share the stoke of surfing.

“Even on days when it was rainy and conditions weren't favourable, we've seen women turn up and have the most amazing time.”

The club's mission statement “Share the Stoke” is based on inclusiveness — making surfing accessible to everyone, says Emily.

The surf sessions have been supported by Matawhero Wines, Sunshine Brewery and Waimata Cheese, with post-surf refreshments adding a social aspect.

The Salty Sirens Women's Surf Festival is at Midway Beach on March 7 and 8.

It will feature a movie night at the Dome Cinema, surf lessons, a surf competition, live music, a market, food, prizes, yoga, beach games and more. 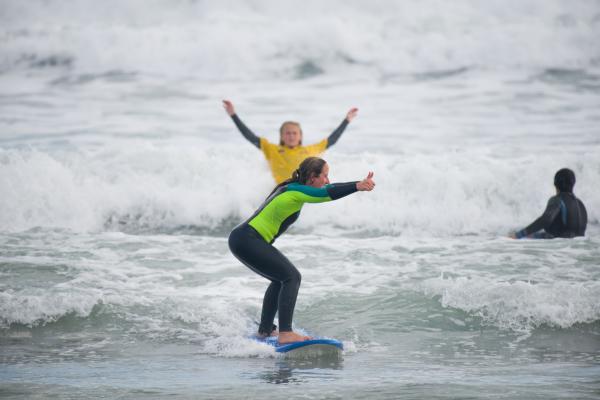 Sharing The Love Of Longboarding

Winners - Stoke of the Winter

@gisborneboardridersclub.gbc
Facebook News
<< Previous
SHARING THE STOKE
Next >>
A chance to see and try for themselves