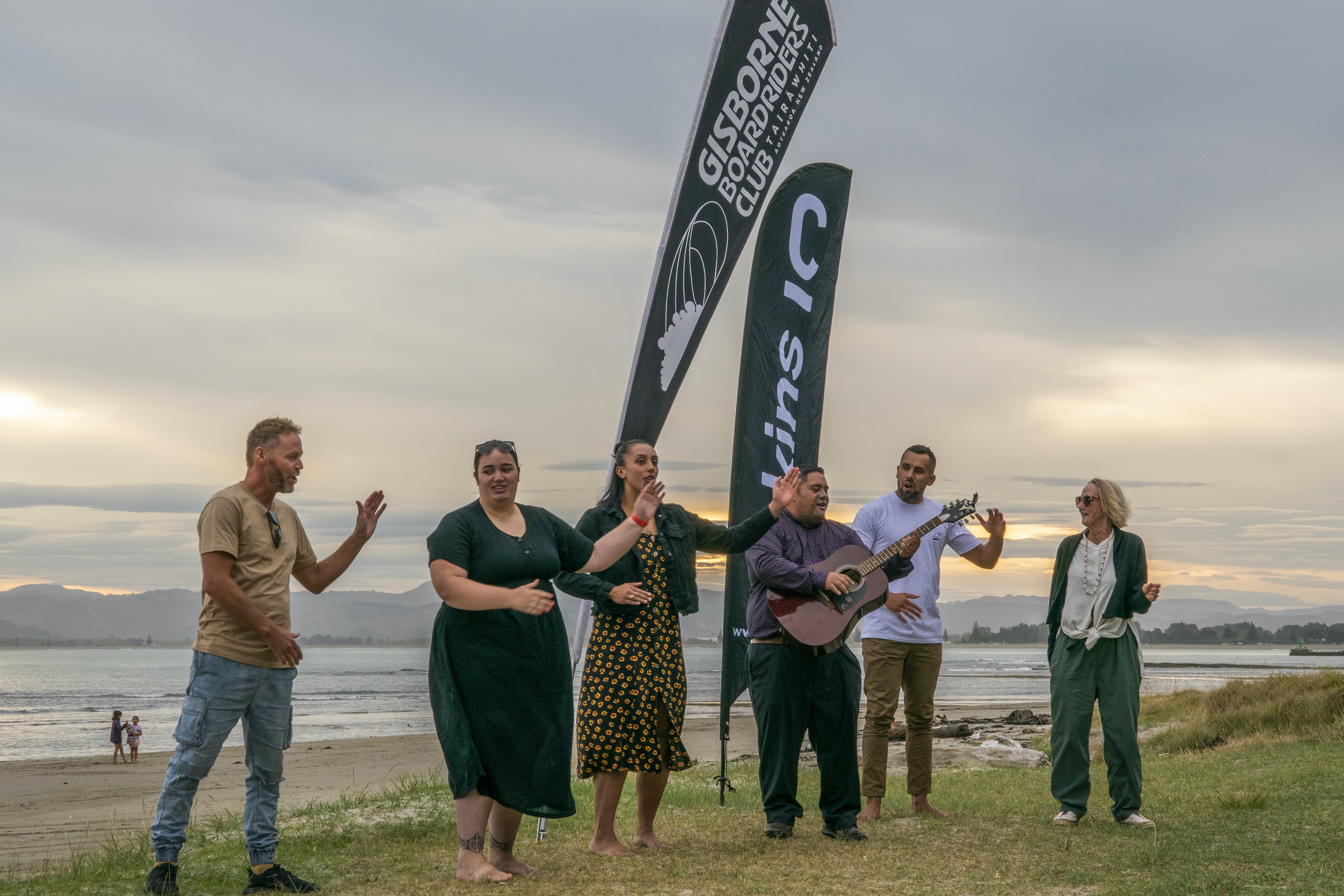 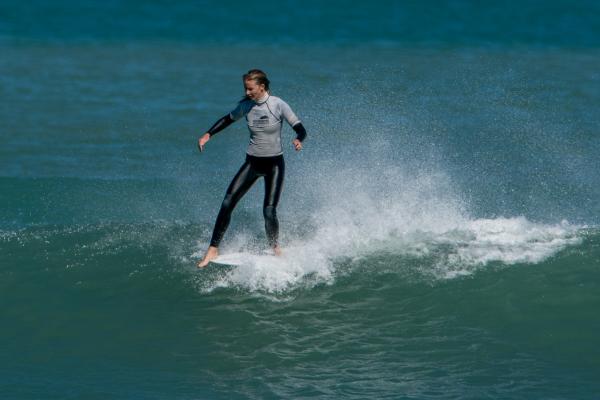 An excellent 16.3-point heat total in the final secured the win for McBride who lives in Gisborne but says he has strong connections with beaches all over the country.

“The final was stacked,” he said.

“I stayed away from the others and was lucky to get a few little runners and take the win.

“These days I enter the events primarily for my own mental health.

“I spend way too much time on my own, and the events are my way of getting social interaction.”

He said his magic Anderson longboard has inspired him and given him a new level of confidence.

“I don’t think of winning, but that’s been the result of a shift in focus, if that makes sense.” 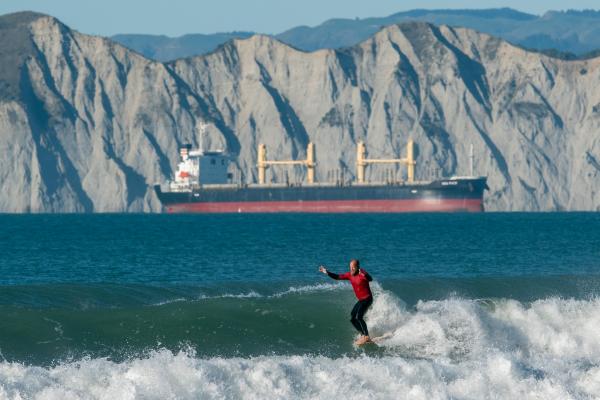 In the men’s longboard division, McBride defeated Dylan Barnfield (Ohope), winner of the Sandy Bay leg of the series. 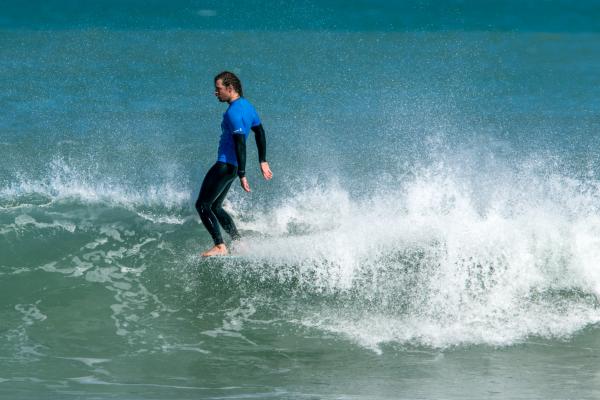 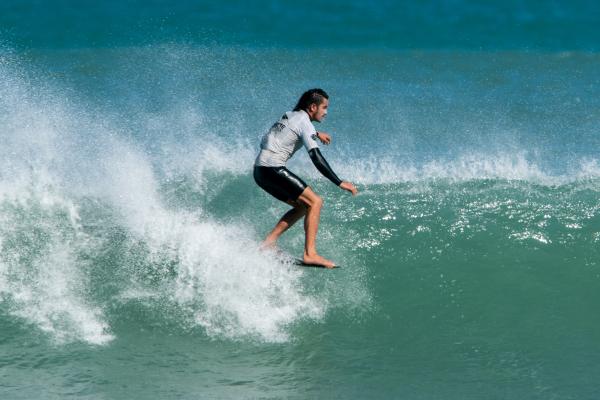 Hannah Kohn won the Women’s Longboard Division in front of a good pack of friends and whanau which she was happy to celebrate with.

“Having good, clean waves always makes a final more fun. It takes the pressure off because there are plenty of waves for everyone to make the most of” said Kohn of her win after surfing to an impressive 15.50 point heat total to defeat Abi Daunton (Gis). 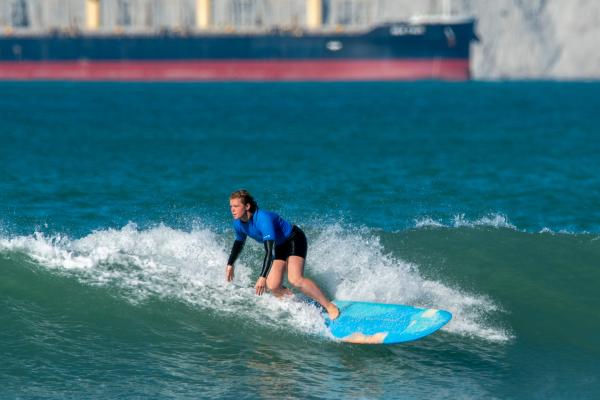 “Abi and I have had a couple of close finishes but it’s never a battle. We are good mates and are both laid back in the water so it’s more fun than anything else. I’m always stoked to see her rock up to the beach where we can surf together, competition or not” added Kohn about her match up with Daunton. 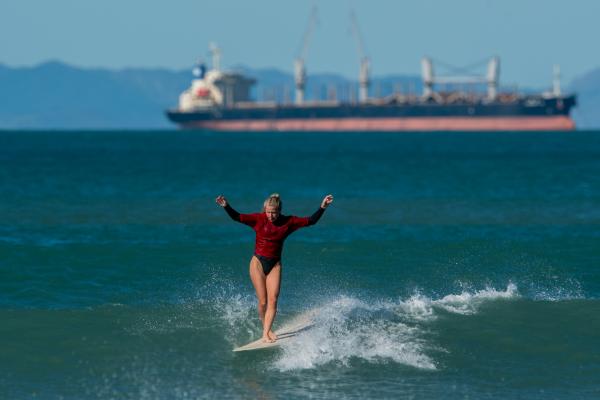 Jay Ryan–Emerre was back in action in the Junior Longboard winning her division alongside Mount Maunganui surfer Sonny Eades who claimed the Under 18 Boys Division over Geordie Sawyer (Gis).

Scott Pitkethley (Gis) surfed to a big win in the Over 50 Men’s Division defeating James Atutahi (Mnt), Andrew McCulloch (Gis) and Jinx Johnson (Gis) who finished second through fourth in the final. 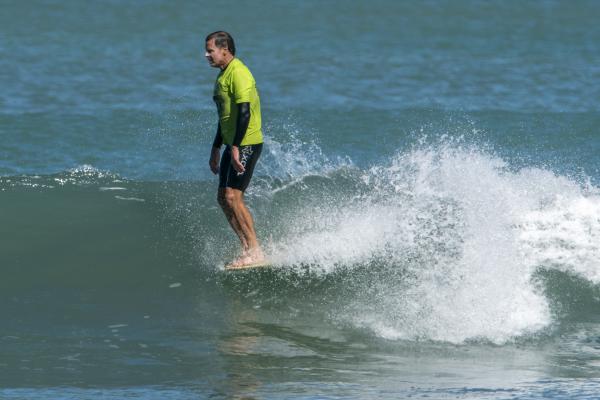 It was another local surfer in Mike Yukich who claimed the Over 60 Men’s Division ahead of Kevin Croskey (Gis) and Guy Milford (Gis). 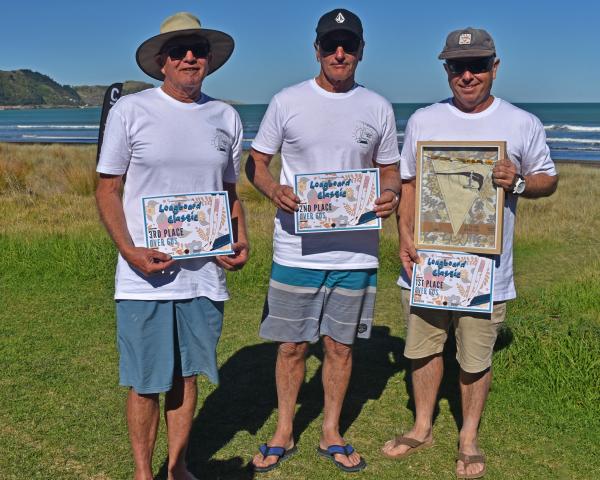 The Gathering of Stoke also staged a Novice Division for those that are new to events. Ben Lay made the most of putting on the coloured singlet for the first time with Scott Gardiner finishing in second.

The one-day event was hosted by Gisborne Boardriders and is the fourth event of the New Zealand Longboard Series for the men and fifth for the women. The event features divisions ranging from Open Men and Women through to Under 18 Boys and Girls plus Over 50 and Over 60 and the Old Mal Division. 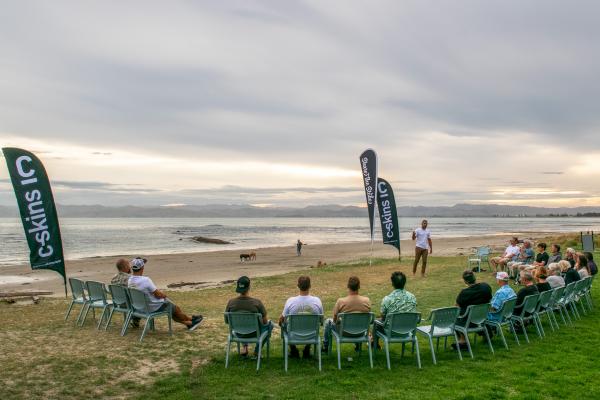