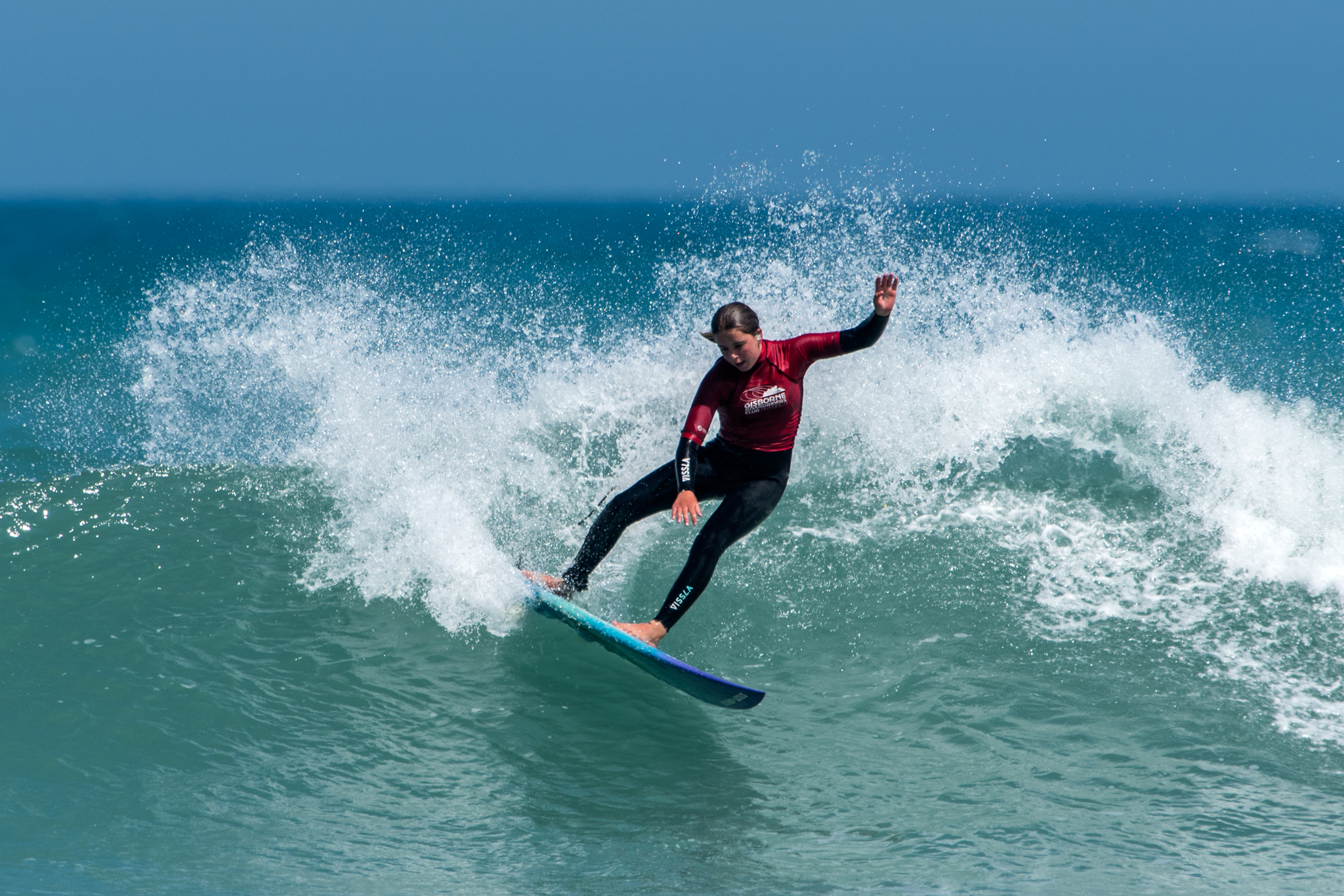 Gisborne Boardriders Club had its third competition on Sunday, held at the Whales break at Wainui.

Competitors had to battle each other and conditions as the waves deteriorated throughout the day.

In the women's open, Asia Braithwaite dominated Ruby Lobb, who struggled to find scoring waves in the final.

Damon Gunness and Brent Rasby battled it out in the open men's final, Gunness coming out on top but only by 0.17 of a point.

They had stiff competition in Ricardo Christie but he could not get the waves he needed and had to settle for third-equal with Patrick Braithwaite.

Gisborne Boardriders development officer Flo Bub said the short-period waves made it a bit like a skate park, with conditions challenging but contestable.

Having Christie there was “fantastic” for both his support of the event and for the groms.

Christie was on the World Surf League's Championship Tour last year but was unable to retain his place on the CT, and has not competed internationally in 2020 due to cancellations.

Ollie Tong won the under-12 competition, Dale Cromhout the u14s, Anton Lobb had his first win in the over-50s and Mike Yukich won the over-60s final.