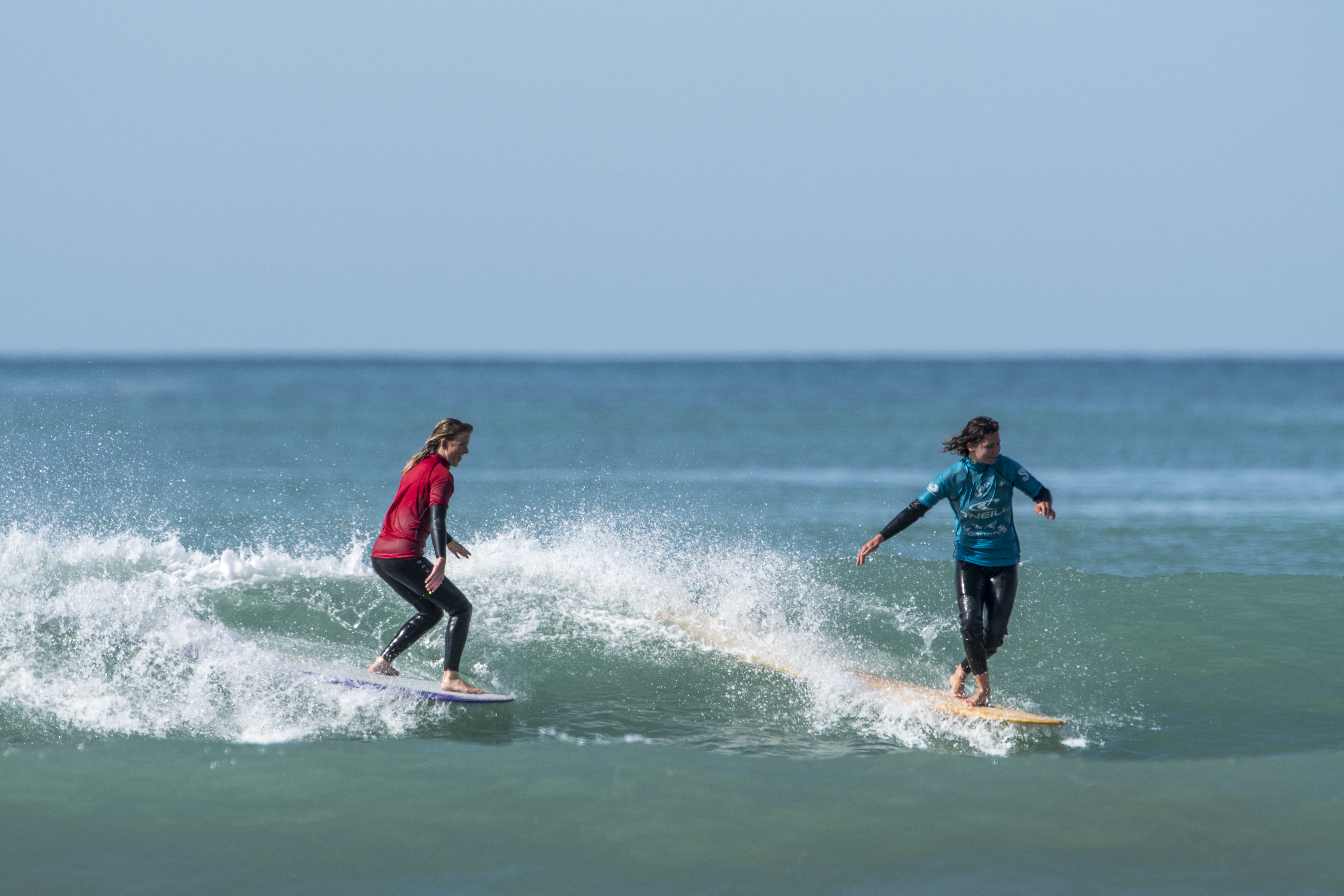 The second meeting of Gisborne Boardriders Club's longboard circuit was held over the weekend in perfect conditions.

Gisborne Boardriders president and competitor Dan Croskery said conditions couldn't have been better for the competition.

“Two to three-foot Pipe . . . you can surf it on high and low tides, it's such a perfect wave for longboarding.”

He came second to Daryn McBride in the open log division and beat out his “nemesis”, Sam Johnson in the open modern division.

“To get second to Daryn, who's one of the best New Zealand traditional longboarders, was special.”

Croskery said the real standouts for the day were in the women's division, with outstanding performances from Jay Ryan-Emerre and Moss Patea-Taylor.

“Jay got a couple of great scores — and really good nose rides early in the competition — and got female surfer of the day.”

Ryan-Emerre, Patea-Taylor and Geordie Sawyer had just returned from the National Scholastic Championships in Kaikoura.

“Our future is looking promising with these young surfers,” Croskery said.

“There's definitely a resurgence in the traditional styles of surfing.”

He wanted to thank all the people who helped make the event possible, and the local surfers who gave them the space to run the competition.

“The surfing community gave us the peak at Pipe . . . I know what it's like when we set up the tent, and it's like ‘oh, here we go', but it's all about good vibes and sharing the waves.”

Due to Covid-19 and postponements due to lack of swell, the competition season for longboarding has been condensed. The next event is on Sunday. 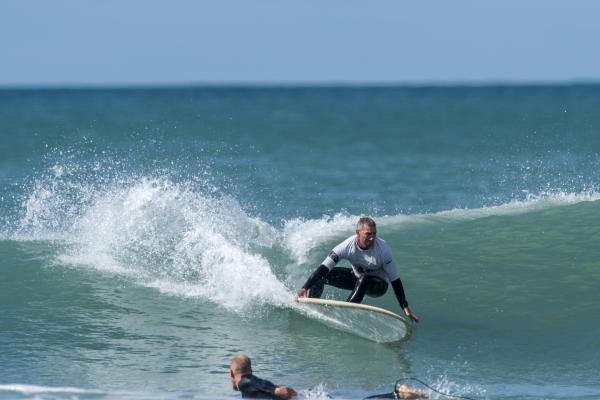 Sharing the love of surfing